Why does my WiFi slow down over time? It’s a question that crops up constantly from frustrated WiFi users who come to us for advice. It works well at the start, but as the weeks, months and years pass things just seem to go south. (Usually once the returns period has expired and the five star review has been posted.)

However it’s not always easy to pinpoint a single culprit. In fact for most people, it’s probably a combination of factors. Here are 7 of the most common ones.

With WiFi you get what you pay for. And that’s exactly what you’ll get from a router that came free of charge from your internet provider. Or a WiFi extender that cost 20 quid off Amazon.

Hardware made to a low price point with components unlikely to stand the test of time. Bad news for your WiFi signal strength and speed in the long run.

Another problem with cheap consumer WiFi routers is a lack of investment in the software. They only have to appear to work effectively for a short period of time so they don’t get returned.

Importantly, routers do a lot of processing. They contain processors, run software, etc. Therefore, many of the same things that can affect a PC or server’s performance can also affect a router. As a result, over time they fill their internal tables, suffer memory leaks and become less efficient. This is down to poorly written and tested code. This in turn means having to reboot the device more and more frequently.

If your router is working hard trying to keep up with the demands you’re placing on it, like any IT equipment it’s going to heat up. The trouble is, most of us stick it out of the way in/under/behind something else. And maybe contained in a confined space, like a cupboard. Possibly with other equipment also producing heat.

Insufficient clearance to provide airflow around the device can lead to overheating. At best, this means it’ll work less efficiently and effectively over time. At worst, it could stop working completely.

This is a biggie and we’ve covered WiFi interference before in a previous blog. There are many things that can interfere and slow your WiFi. However it’s not just the fact there’s inference. In the context of WiFi signal deterioration and slowing over time, it’s the growth in the sources of interference.

Channel interference from your neighbours is just one example. The more people around you hooking up to WiFi, the more congested the airwaves become. If no one bothers to change the channel on their router, chances are you’re all on the same one. Because of this, over time the most popular channels will deliver ever poorer results.

Furthermore, the number of devices in your environment that interfere with WiFi is probably growing. Bluetooth, microwaves and even other WiFi broadcast devices all add to the growing cacophany.

The irony is that by adding more WiFi boosters to try to solve slowness issues, you’re more likely to exacerbate the problem. Yet more competing signals choking the life out of your already struggling WiFi.

5. Changes in your physical environment

Your physical environment plays a key role in how well your WiFi performs. And this is another factor that’s likely to change over time.

There’s major works like installing metal-lined insulation panels or metal RSJs for support when a wall is removed. Extensions are another big one.

But even adding things like mirrors or large TVs or purely decorative objects can have a negative impact on performance. WiFi hates metalwork. The more you add, the more obstacles you are creating, the slower it will become.

Possibly an obvious one, but nonetheless important. Think about how many smart devices you had when you first got your WiFi. And how many do you have now? Many more, no doubt. And there’s more people using connected tech – from toddlers to OAPs.

Increasing congestion with more traffic sucking up bandwidth, will in turn contribute to your weakening WiFi signal.

This can particularly impact Ethernet over power WiFi boosters or powerline adaptors. And especially those deployed in old buildings. Relying on old, degrading wiring to feed an internet connection will inevitably result in a deteriorating WiFi signal.

Network cable can also degrade over time, particularly if it runs outside and is exposed to the elements. Cost-cutting often means internal cable being used. Unlike specialist external cable, it’s far more susceptible to UV damage and water ingress.

Not a good recipe for maintaining healthy connection speeds.

A permanent solution to slow WiFi

In the Bath & Bristol area? Contact us for a permanent solution to slow WiFi. Our professional wireless network installations make dead spots, slow connections and signal drop outs a thing of the past. 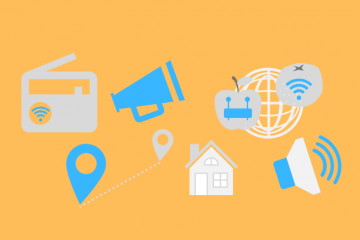 How WiFi works: 6 basics everyone should know

Why should you care how WiFi works? If you’re suffering connection problems, a basic understanding of how WiFi works can be really useful. It will help common issues – like drop-outs, black spots and a Read more… 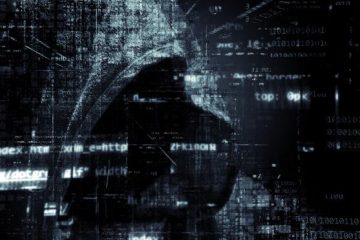 For most non-technical people, setting up a wireless router involves plugging it in and walking away.  However a survey by Broadband Genie suggests this may be leaving many of us open to security breaches and Read more…