Why are whole home mesh WiFi reviews so ‘Marmite’?

If you’ve ever looked into buying a ‘whole home’ mesh WiFi system, there’s something quite striking about the reviews. Regardless of the manufacturer, they will most likely score either 5 stars or 1 star. There’s not a lot in the middle ground. So why is this?

It’s not unusual to have good and bad reviews. One man’s meat is, after all, another man’s poison. However reviews of off-the-shelf DIY mesh WiFi solutions seem particularly polarised.

D-Link’s COVR mesh WiFi system, for example, goes from 5 star “Used to have terrible coverage, Covr fixed it for me.” to 1 star “Did not work”:

So who’s got it right?

The reason why mesh WiFi gets such ‘Marmite’ – love or hate – reviews is that it generally either works or it doesn’t. There isn’t much of a middle ground.

This is reflected in a lot of complaints we hear from customers about their WiFi, prior to installing one of our solutions. They read a lot of 4 star+ reviews that persuaded them to buy WiFi boosting products which then didn’t work for them.

Firstly the expectation that something that works for some people will work for all.

And secondly, because some big companies are making big promises. This includes ‘guaranteed’ WiFi and ‘intelligent’ WiFi which are now being marketed widely.

Why does this matter?

Because in effect, there’s no such thing as a WiFi guarantee from an ‘off the shelf’ product.

What works for some might not work for others. And there are so many factors that influence user experience, there’s no universal ‘silver bullet’ solution.

As a result, you and your neighbour could buy exactly the same mesh WiFi system but get entirely different results. (Unless your houses were built at exactly the same time from precisely the same materials and the house contents, fixtures and fittings are identical.)

A simple analogy would be to think of WiFi coverage like shining a light through a curtain. You might think the stronger the light, the more of it gets through the curtain. Which is certainly true to a point.

However, what about the colour and thickness of the curtain material? That would also influence light penetration. And what if it’s a blackout curtain? That would stop the light completely.

It’s a similar story with WiFi. Different thicknesses of walls and different materials within a home can influence WiFi penetration. And some materials will block a signal completely.

For example in old buildings, the block work used tends to be very thick and/or very dense. Not very WiFi friendly.

Modern buildings, on the other hand, tend to have different problems. These include reinforced concrete floors – a double whammy of dense concrete and metal reinforcement. Both of which block WiFi. There’s also the increasingly popular electric underfloor heating. Effectively a metal net catching your WiFi signal.

Manufacturers can produce the best mesh WiFi devices in the world. However when they come up against the equivalent of a blackout curtain it still won’t penetrate.

On top of that, there’s a multitude of other environmental factors that can interfere with a WiFi signal.

One size will never fit all. So the manufacturers, for the most part, have done a pretty decent job of ‘one size that will hopefully fit most’.

But they tend to include a *get out of jail free card disclaimer in their advertising for the customers for which their solution won’t work.

Don’t forget, they have a vested interest in you buying more of their devices. However, be aware that as well as leaving you out of pocket, more devices could actually cause problems with interference from ground noise caused by over-saturation of WiFi signals.

Tailored WiFi solutions with hard-wired access points are the only way to achieve consistently reliable results.

By all means try a mesh package, they work very well for some. But make sure you can return it and get a refund if you’re one of the unlucky ones for whom it doesn’t.

No matter how good the reviews are, there is no mesh WiFi system that will work for everyone.

Looking for WiFi coverage for your whole home?

We can help! Get in touch today for friendly help and advice. Bristol and Bath area customers get a free WiFi survey and quotation for your tailored WiFi solution. 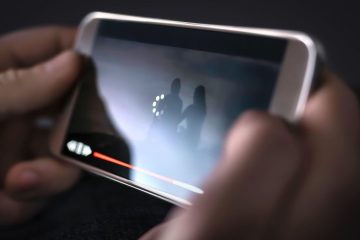 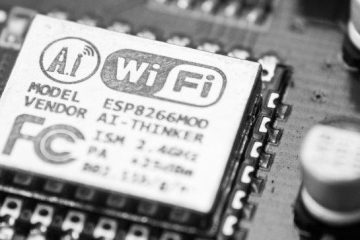